The Jin River was dug out in 853 during the Tang Dynasty. The river helped develop Chengdu’s economy and trade, and as well as the lives of people living nearby. It brought vital water to the inhabitants of the city, and improved communication. You could say the Jin River was always Chengdu people’s favourite river. Unfortunately, it dried up in 1971, after existing for 1118 years.

The amount of silt in the Jin river changed with the season. In the summer, there was the most silt, and in other seasons, the water was clean and clear. Although not suitable for drinking, it was good enough for washing clothes, wiping the table, cleaning the floor and other similar tasks.

There were steps along the river bank, that were originally used by boat owners to allow passengers or products on and off shore. After the 1940s, high levels of silt changed the level of water in the river and meant that boats could no longer pass. These steps lost their original use, and were instead used by locals to wash clothes, rinse vegetables and rear ducks and geese. Every morning there would be people on the steps, rubbing and beating their clothes, and the sound of voices and laughter would sometimes continue all day.

There were many fish in the Jin River, and fishing became popular. It was not only an enjoyable pastime, but also one that could also fill your stomach. There were many different ways of catching fish, one of which was cormorant fishing. Cormorants were tamed by the fishermen, and a thin piece of rope or reed was tied around their neck. When the birds caught a fish and tried to swallow it, it got stuck in the bird’s throat. Once the bird’s throat was full, the fisherman pulled the bird back onto the boat and forced it to spit out the fish that it had caught, before giving it a small fish to eat as encouragement. If a few birds worked together to catch one big fish, the fisherman would encourage them by giving them a few small fish each. I once saw a few cormorants under Jielu Bridge, carrying three or four jinworth of fish between them.

In the early hours of dawn, before the city had completely woken up, the farmers from the vegetable plots on the south bank of the Jin River and the far side of Shier Bridge were already rowing their boats and carrying their poles full of vegetables to the market place to sell. In those days, the vegetables in the markets had been picked the afternoon before, then were washed, and arrived at the market a day later. Everyone loved these fresh vegetables.

“The Birthday of Flowers” festival happened in early spring as the flowers were opening, on the 15thday of the second lunar month. Jin River Street was on the way to the flower fair at Qingyang Palace. Normally, there were few cars and people on Jin River Road, but during the flower festival, the streets were full of cars and pedestrians. The tinkling of rickshaws carrying important people, the shouting of street vendors and performers, the creaking of wheelbarrows, and the clatter of sesame candy sellers all came together as though the famous painting “Riverside Scene at Qingming Festival” had come alive.

Coming into autumn, the water became clear and the scenery from Jin River Street was beautiful. When the weather was fine, you could stand on the banks of the river and look out over the high peaks of Snow Mountain. At dusk, people walked along the river, looking at the geese and ducks catching fish and shrimps in the river, and enjoying the brightly coloured sky. 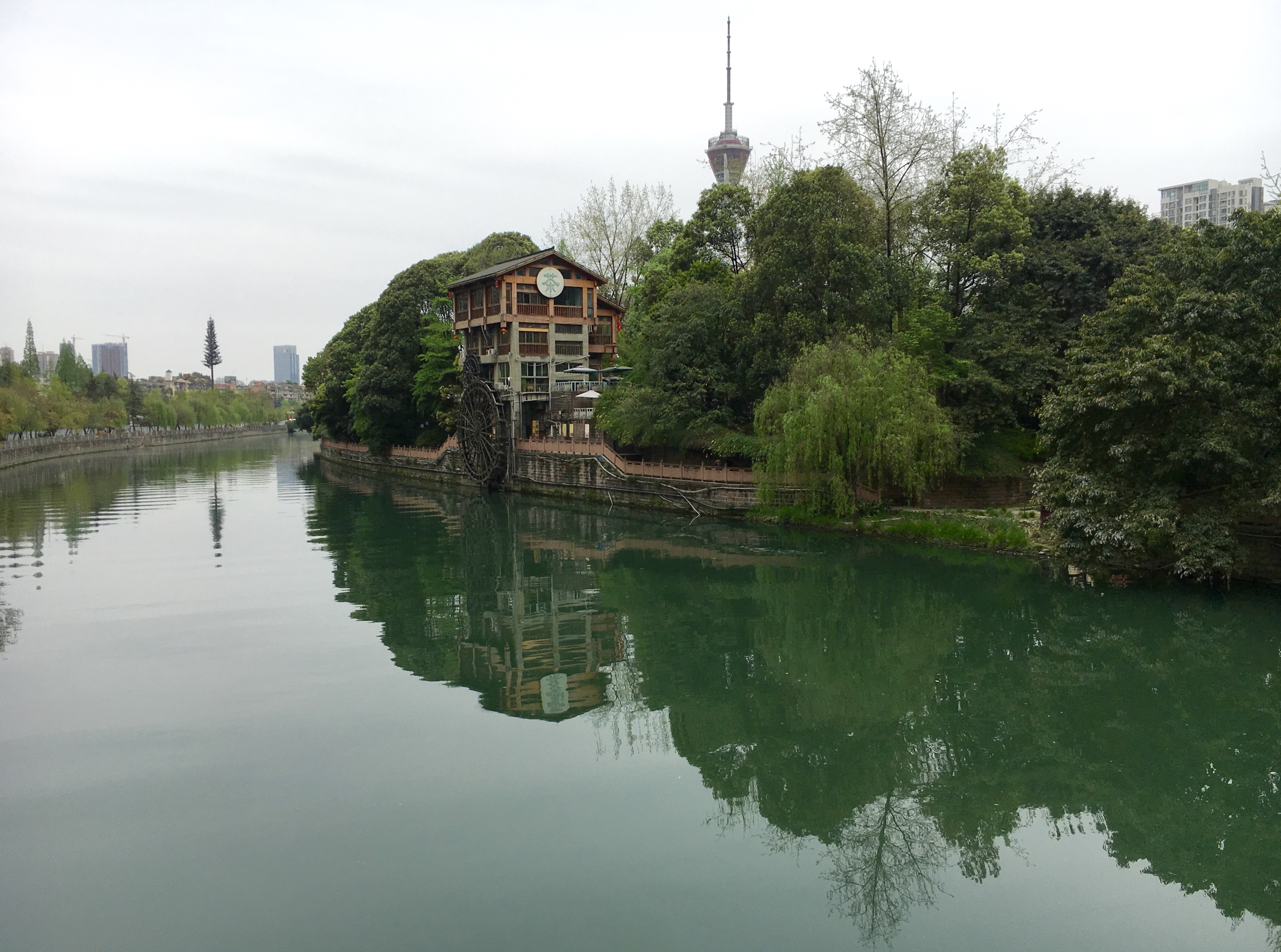 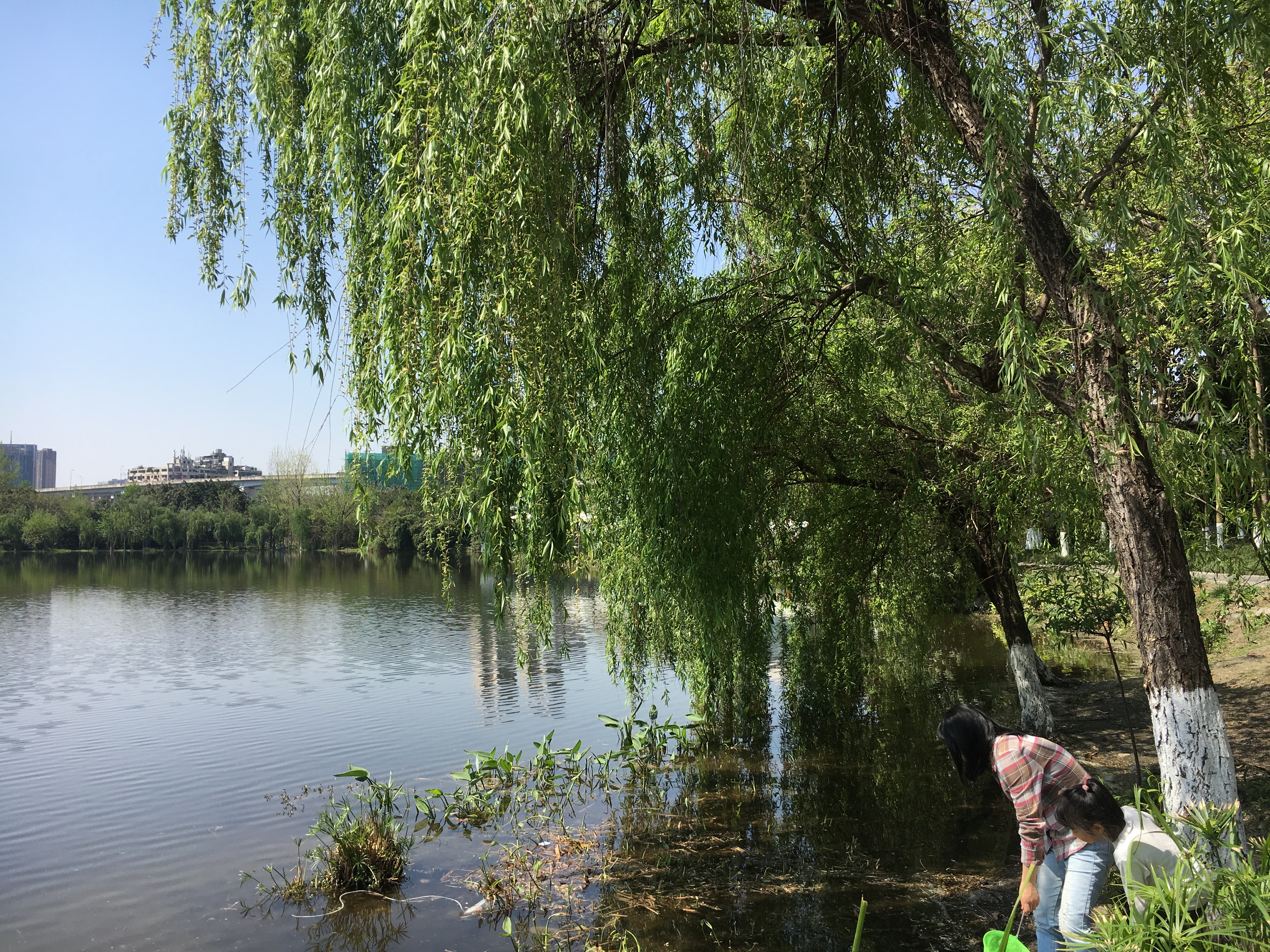 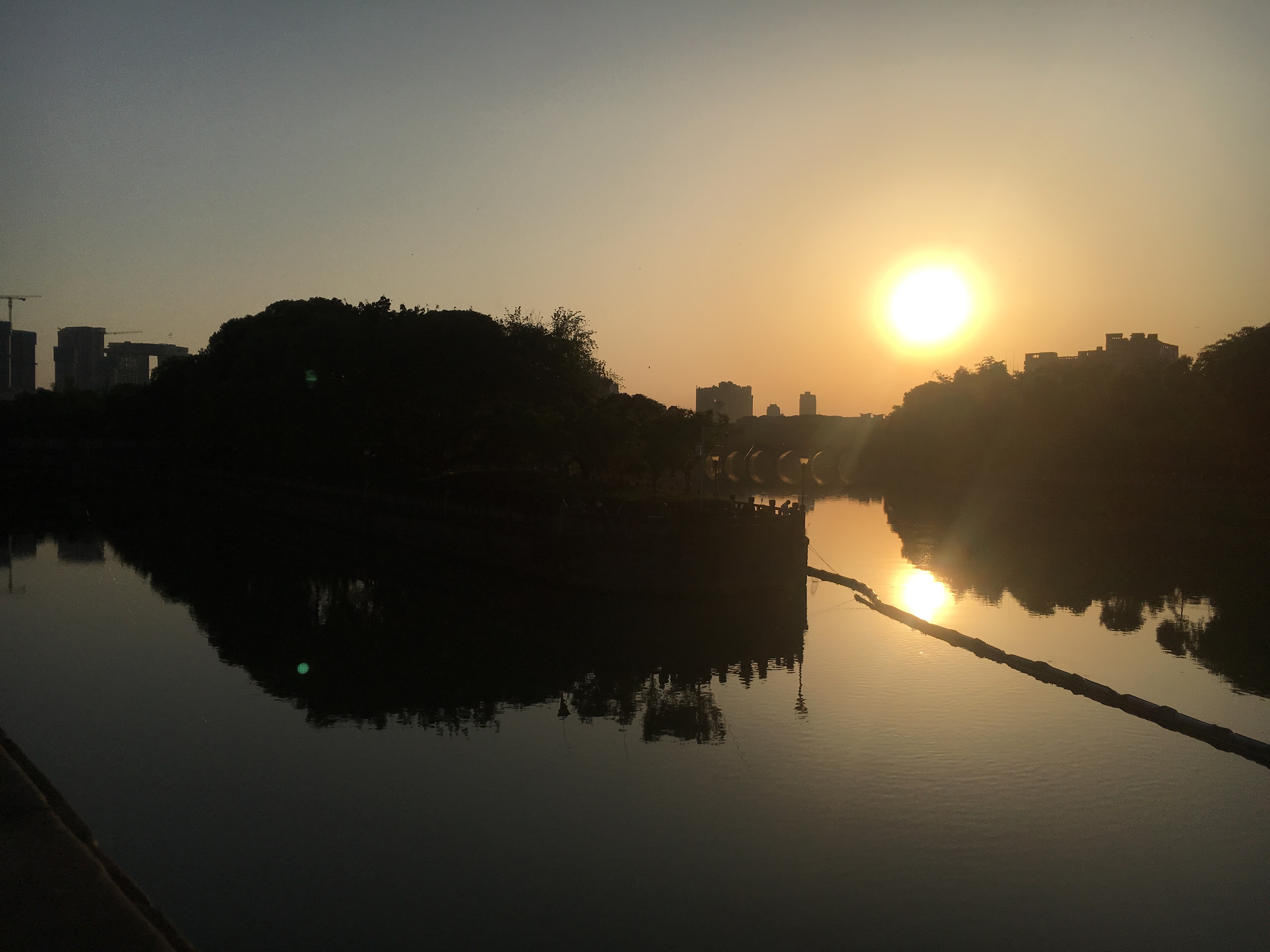 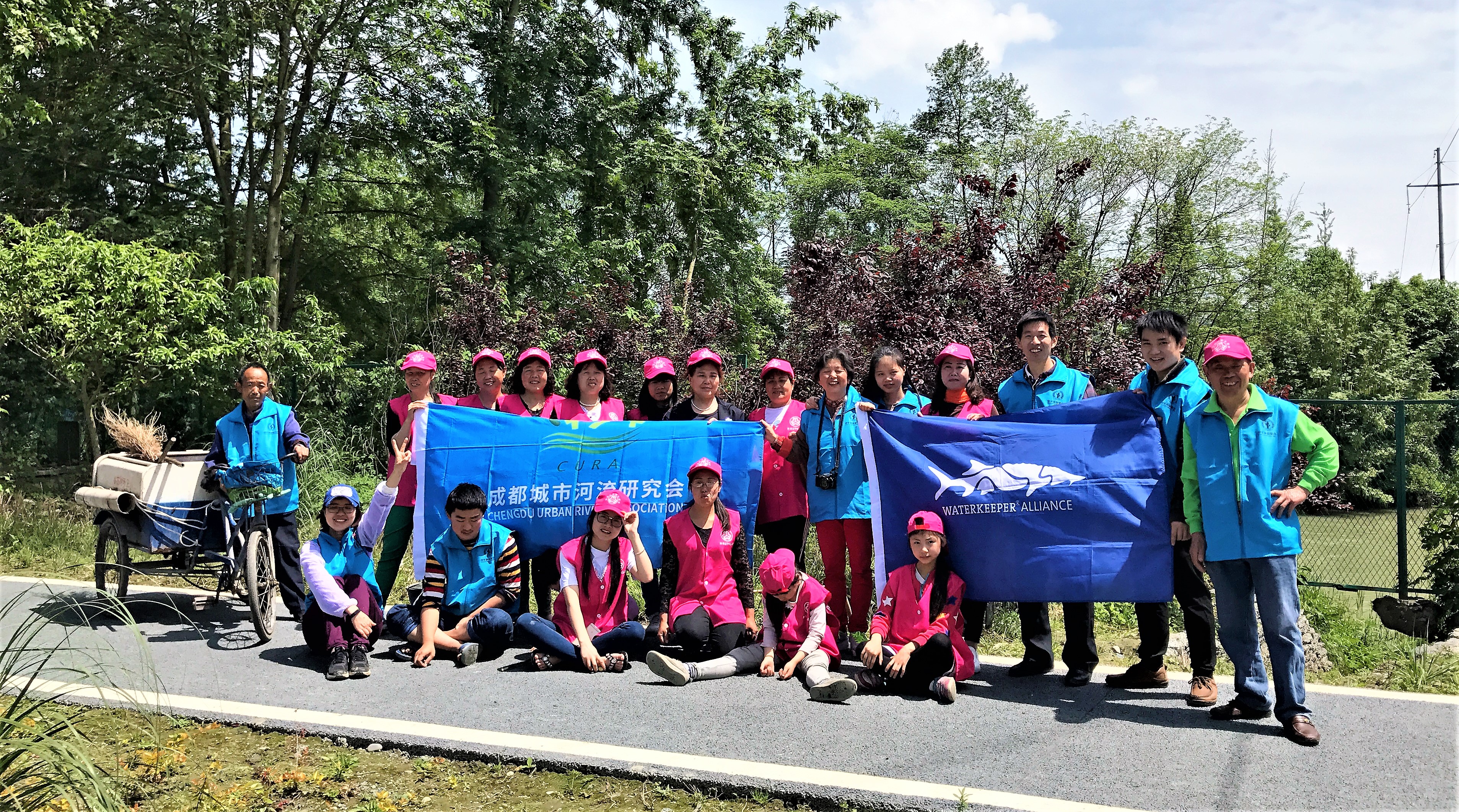 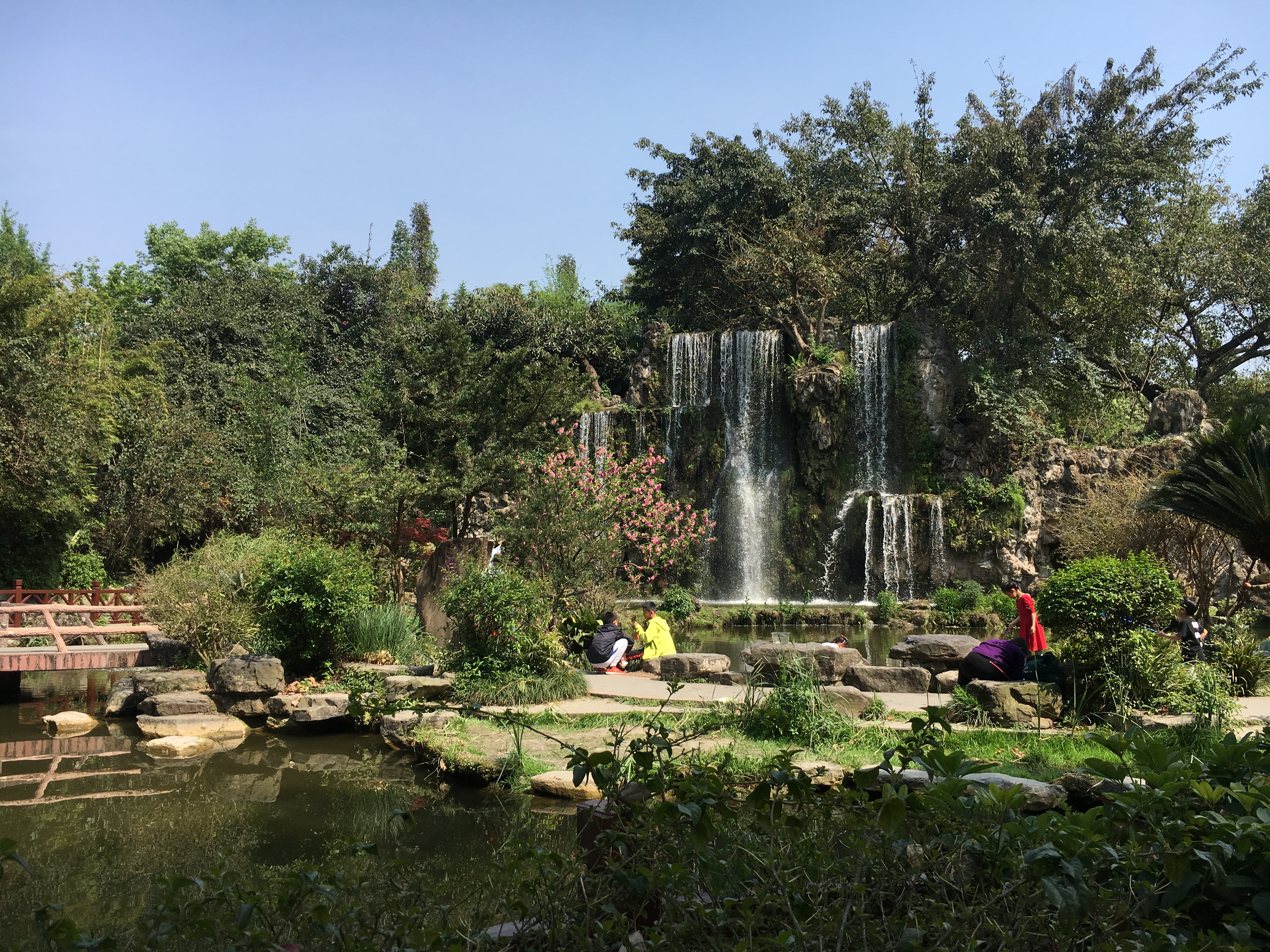 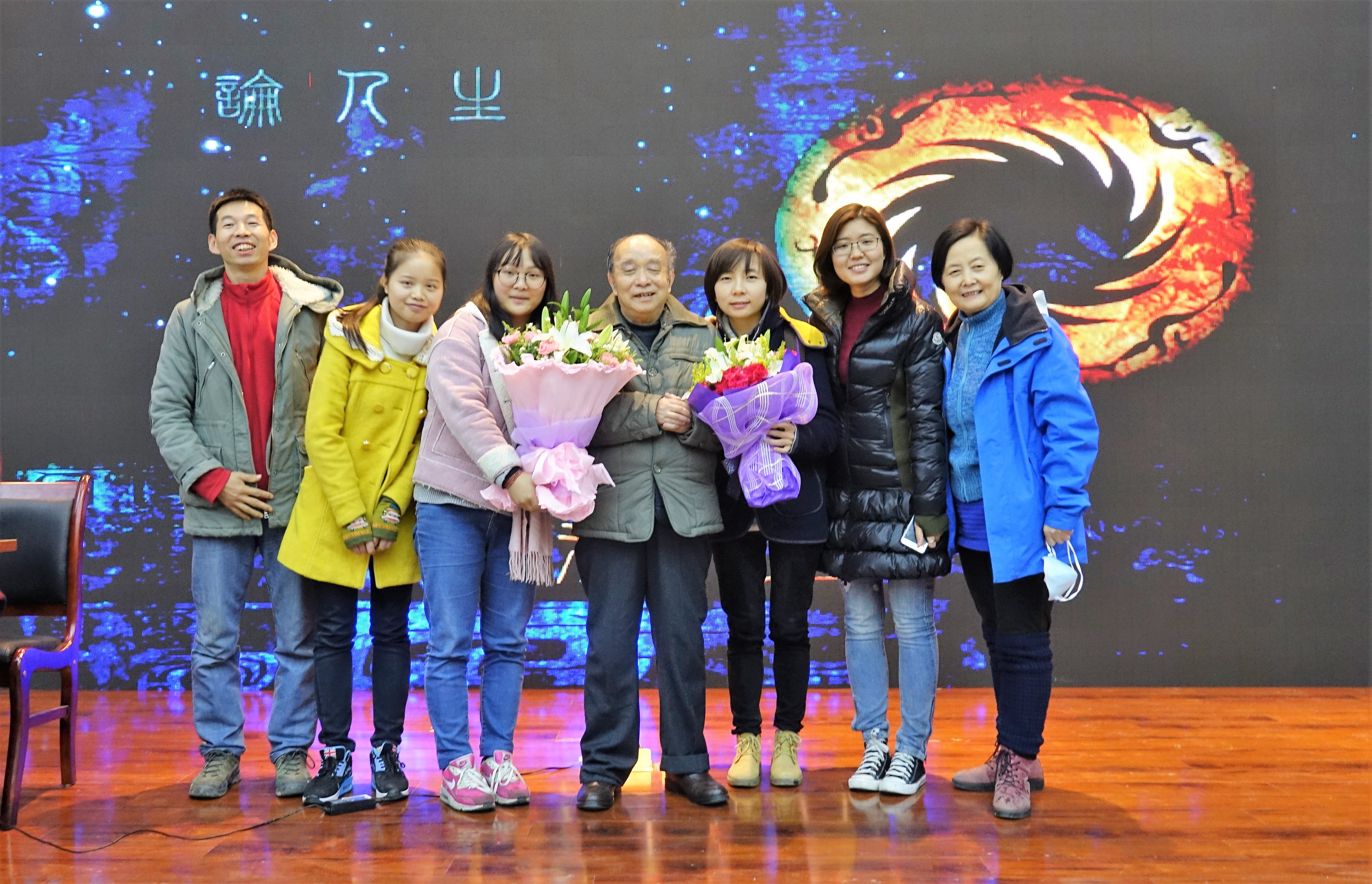 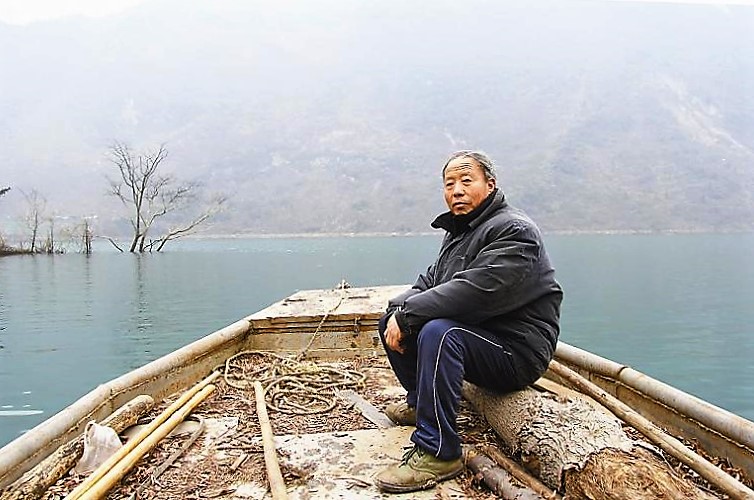 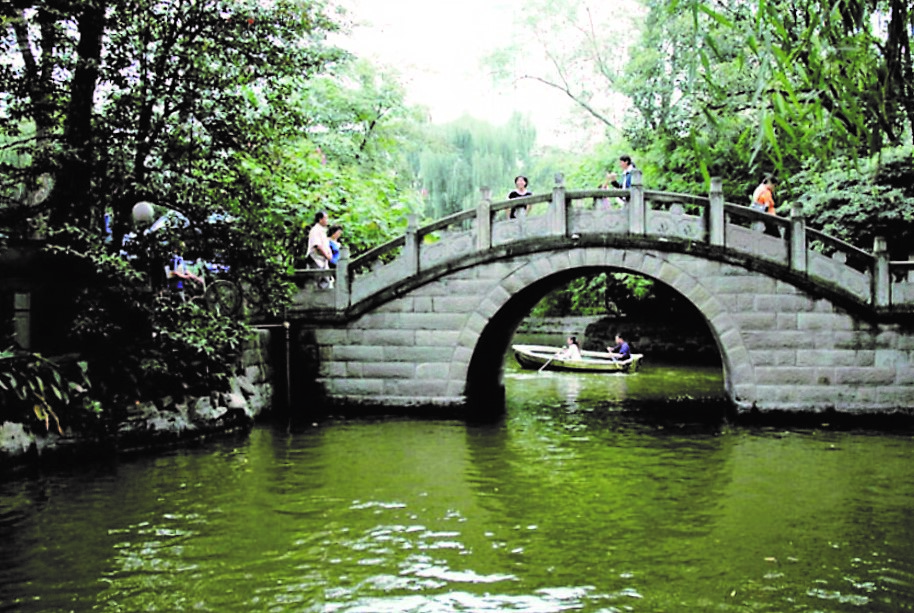 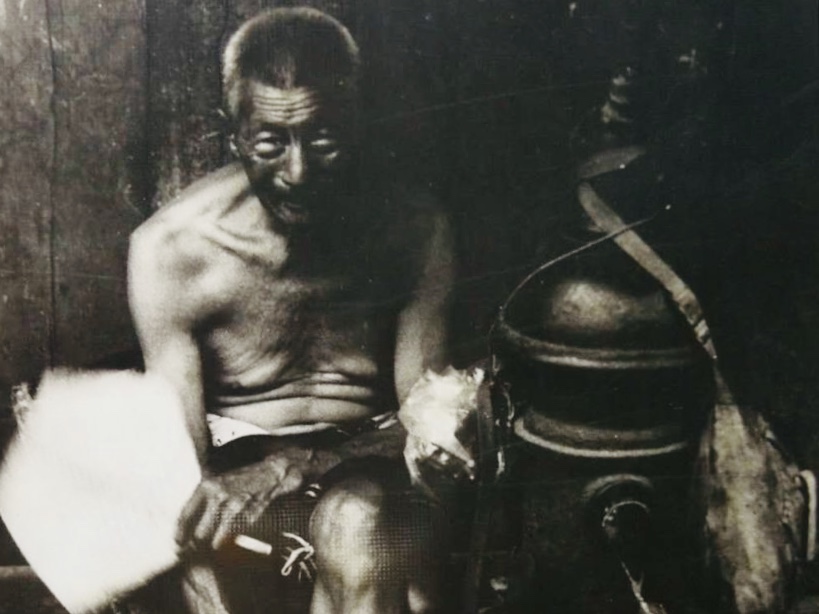